In Sweden, there are 50 mosquito species on record, and we have found 33 species in the Nedre Dalälven region. The floodwater mosquito Aedes sticticus is the main nuisance species and the target for mosquito control.
Floodwater mosquito species are well adapted to temporary flooded environments and known for their mass production. The females lay their eggs on humid soil and those eggs can remain dormant at least 5 years, possibly longer. When the eggs are submerged in shallow water and the water temperature is at least 8 ⁰C, most eggs will begin to hatch while others will delay hatching. This “Hatching in installments” is an adaptation to temporary flooded environments and secures the survival of the population. In the event that a breeding site dries out and the hatched larvae die, this adaptation ensures that there will be viable eggs that can hatch when conditions are favorable. Floodwater mosquitoes, like all mosquitoes, have four larval stages and a pupal stage. The males hatch 1-2 days before the females, and are ready to mate once the females have hatched. After mating, the female mosquitoes need a blood-meal to develop eggs. The blood-seeking females of Aedes sticticus can disperse over distances of at least 10-15 km, thus these mosquitoes can cause nuisance over large areas. Floodwater mosquitoes can have several generations per year, since every flood during spring and summer can cause hatching of larvae that develop into adults. The abundance of the blood-seeking females may thus increase to enormous numbers causing a horrendous nuisance. Besides the dominating species Aedes sticticus, the Nedre Dalälven area harbours other floodwater mosquitoes e.g. Aedes cinereus, Aedes rossicus and Aedes vexans.

Other common mosquito species, e.g. Aedes communis, Aedes punctor and Aedes cantans, belong to the group of snow-pool mosquitoes. The biology of these species resembles floodwater mosquitoes, but snow-pool mosquitoes have only one generation per year. Their eggs require freezing before hatching.  The larvae hatch in spring, often in pools formed by melting snow. In Sweden, these species can be found all over the country, and can cause some nuisance but only during a limited time.

Swedish mosquito species can be sorted in 10 ecological groups, based on four characteristics: Egg laying site, overwintering stage, preferred blood meal host, and number of generations per season. Species can lay their eggs either on land or on water. Most species overwinter in the egg stage, but some overwinter in the larval stage and some as adult females. Mammals, including humans, are the preferred blood meal hosts for most species, but some prefer birds and there is one species that prefers amphibians. Finally, mosquitoes can have just one generations per year (univoltine), or many generations (multivoltine). You can read more about Swedish mosquito species in this thesis by Martina Schäfer and this publication by Lundström et al. 2013.

Both female (to the left) och male (to the right) mosquitoes feed on nectar but only the female also needs a blood-meal to develop eggs. Here, the Aedes sticticus female took a chance on the photographer's finger. Picture by Thomas Persson Vinnersten 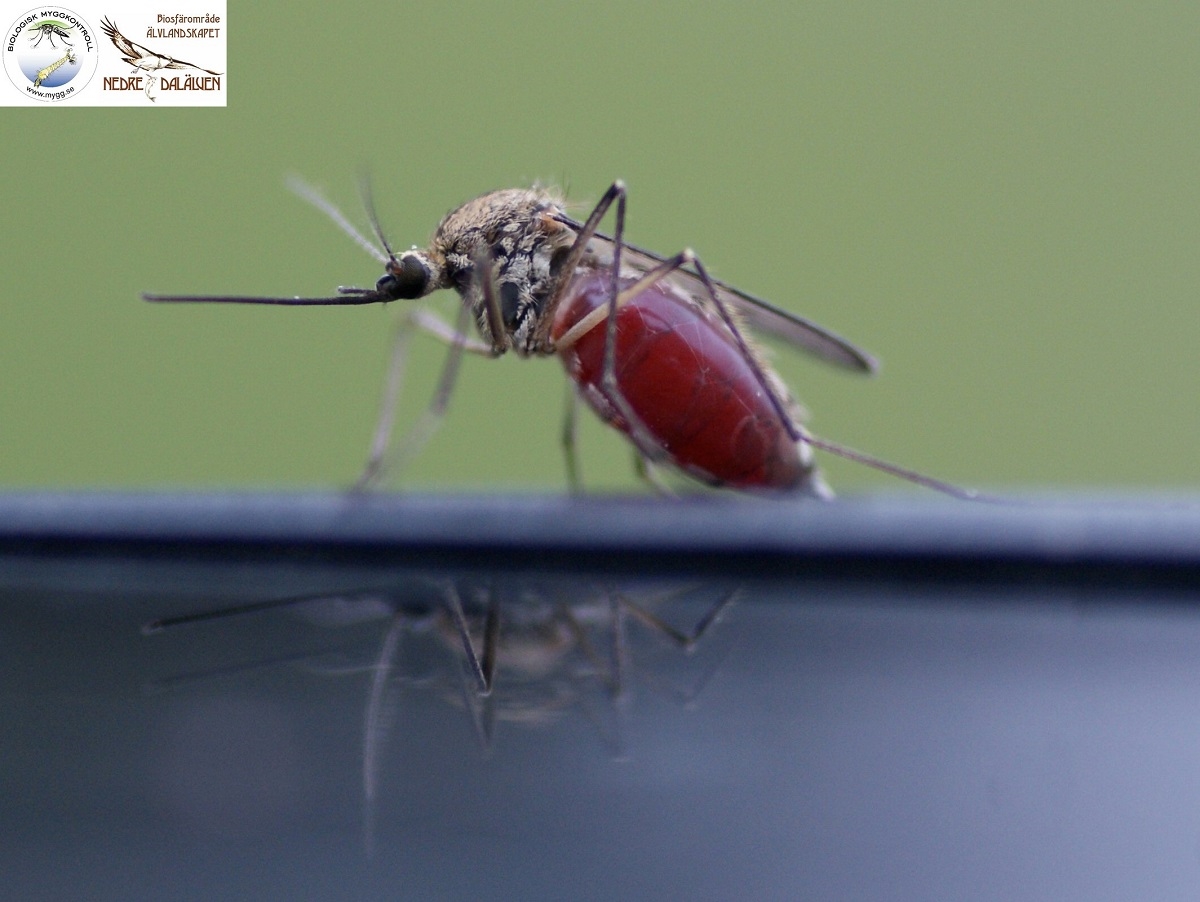