Long term studies on the effect of VectoBac G treatments on non-target organisms in the River Dalälven floodplains commenced in 2002, with a wide focus on both direct and indirect effects. The results of the first six years of studies did not show any significant negative effects as reported in scientific journals READ MORE», and in one PhD thesis at Uppsala University READ MORE». We have finished the insect identification for the next three years of follow-up studies with this design, and are planning to publish the results for nine consecutive years of studies.

The current follow-up programme commenced in 2012, after suggestions by the Swedish Agricultural University (SLU) and discussions with authorities during 2011. The new programme is suggested to have higher resolution than the previous, and is included as mandatory in the mosquito control permit issued by the Swedish Environmental Protection Agency.

The non-target follow-up programme is performed in 12 wet meadows, at the fringe of Lake Färnebofjärden, in the River Dalälven floodplain. Each study area has 10 emergence traps in continuous operation from May until September, with captured insects collected each week. Six study areas are designated "experiment areas" where floodwater mosquito control with VectoBac G is performed when required, and 6 study areas are "reference areas" without mosquito control (see MAP).


The mandatory programme has three parts:

The potential effect on non-target organisms is monitored by emergence traps, with focus on the non-biting midges (chironomids). Chironomids are an important food source for birds and bats, and are sensitive to Bti although at a higher dosages than mosquitoes. Emergence traps catch all insects that hatch underneath the cone and occassionally fly up to the top where they are collected in a special container. The traps are put on the ground, but can float and will continue catching insects when the water rises in the study areas. The captured insects are sorted to insect order and within nematocera to family.

In addition, environmental variables such as water depth and air temperature are assessed. If there is a flood, water samples are taken for analysis of nutrient status of each study area.

The effect on the target organisms, larvae of the floodwater mosquito Aedes sticticus, is followed by recording the abundance of larvae before and 24 hours after treatment with VectoBac G. We use a standard white enamel dipper, with a long handle, for recording abundance of the mosquito larvae. 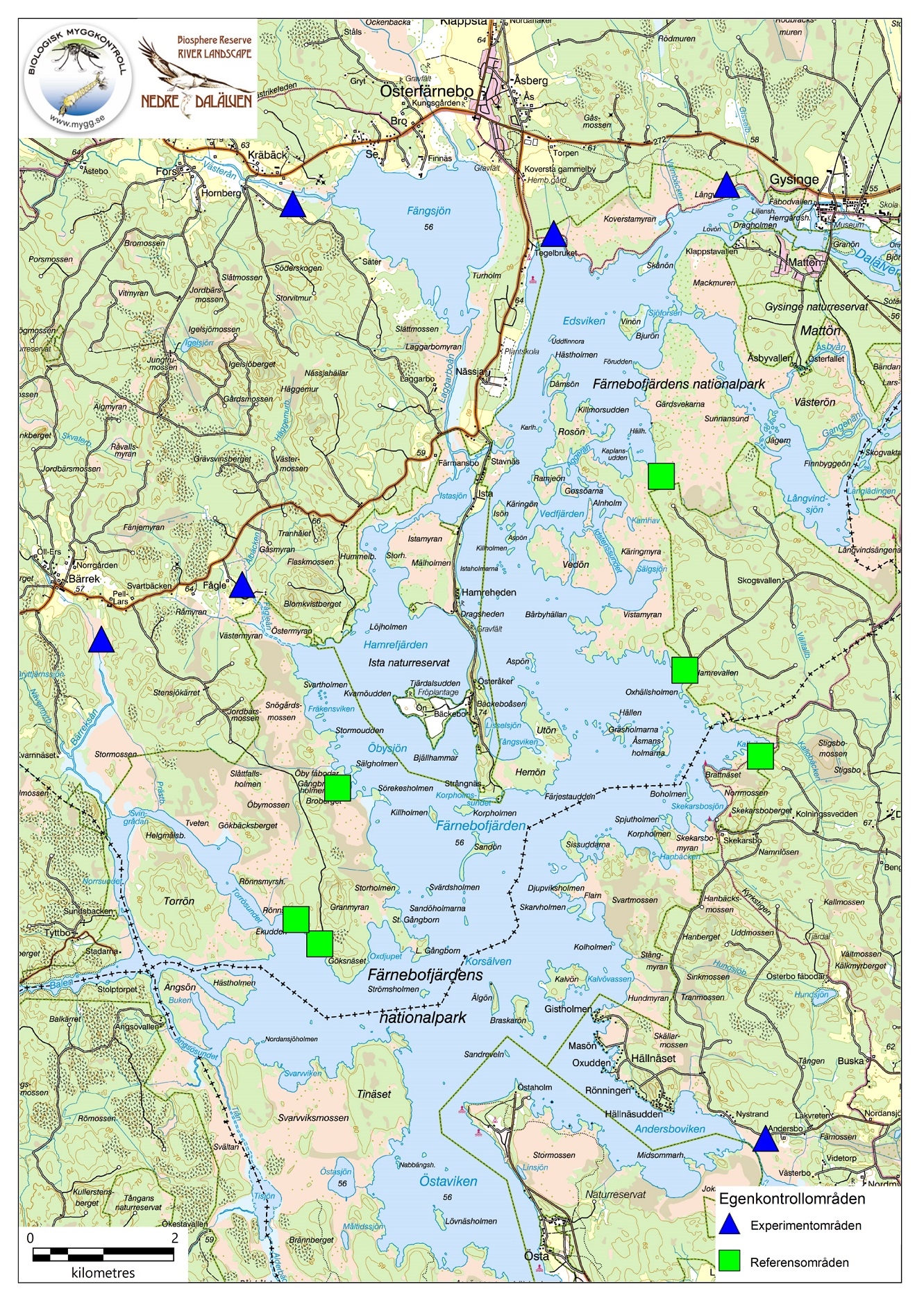