Floodwater mosquito control of the seven municipalities included within the Nedre Dalälven region is based on aerial application of the biological control agent VectoBac G®, containing Bacillus thuringiensis israelensis (Bti) as the active ingredient. Bti is a highly specific larvicide, with a complex mechanism of causing mortality in mosquito larvae READ MORE». Bti is selective against mosquitoes and a few other nematoceran families, but is not harmful for other organisms such as beetles, dragonflies, amphibians, fish, birds or mammals. In order to achieve successful reduction of the target mosquito species, it is essential to perform treatments at the appropriate larval site and at the right time.

The Swedish Environmental Protection Law regulates the use of biological control against mosquitoes. Floodwater mosquito control by spreading of VectoBac G from helicopter in the Nedre Dalälven region requires that we receive annual permits from the Swedish Environmental Protection Agency, from four counties, and permission from all the private land owners of areas where treatments will be done. You can see the areas included in the application for 2019 HERE».
Starting in the middle of April, we conduct daily monitoring of the flow rate for the River Dalälven as well as precipitation in the region. Indications of potential rise in water levels are followed by field visits. Based on the magnitude of the flood and the abundance of floodwater mosquito larvae, we evaluate the need for mosquito control measurements. According to regulations, more than 4 larvae per litre are required for treatments in large inundated areas and more than 50 larvae per litre in smaller areas and ditches. Abundance of mosquito larvae is measured with a dipper, a white plastic bowl attached to a stick (see picture).

Mapping of the mosquito breeding sites is performed by GPS-measurements of the boundary of the flooded areas and analysis in GIS (Geographical Information Systems). We use a high-resolution digital elevation model to delineate the areas with floodwater mosquito production. This information results in digital maps of the areas for VectoBac G treatments by helicopter.

Specially designed buckets with a rotating disc are used to apply the VectoBac G -granules. They are carefully calibrated to achieve the desired dosage of VectoBac G that can range between 10 and 14 kg VectoBac G per hectare, depending on conditions. In the helicopter, there is a navigation system showing the digital maps with the areas to be treated. The pilot adds flight routes for each area and the actual treatments are logged in a separate file. This allows us to check for sufficient spatial coverage of the application. 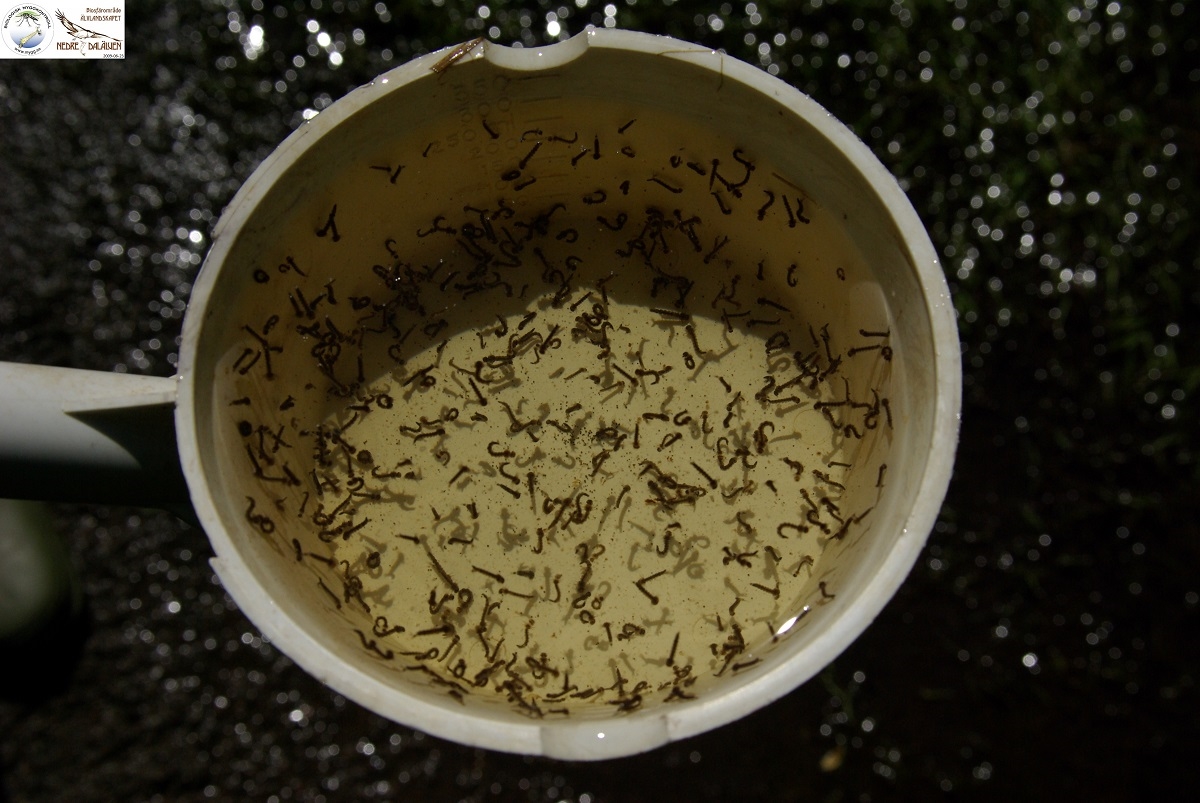 Mosquito larvae in a dipper. 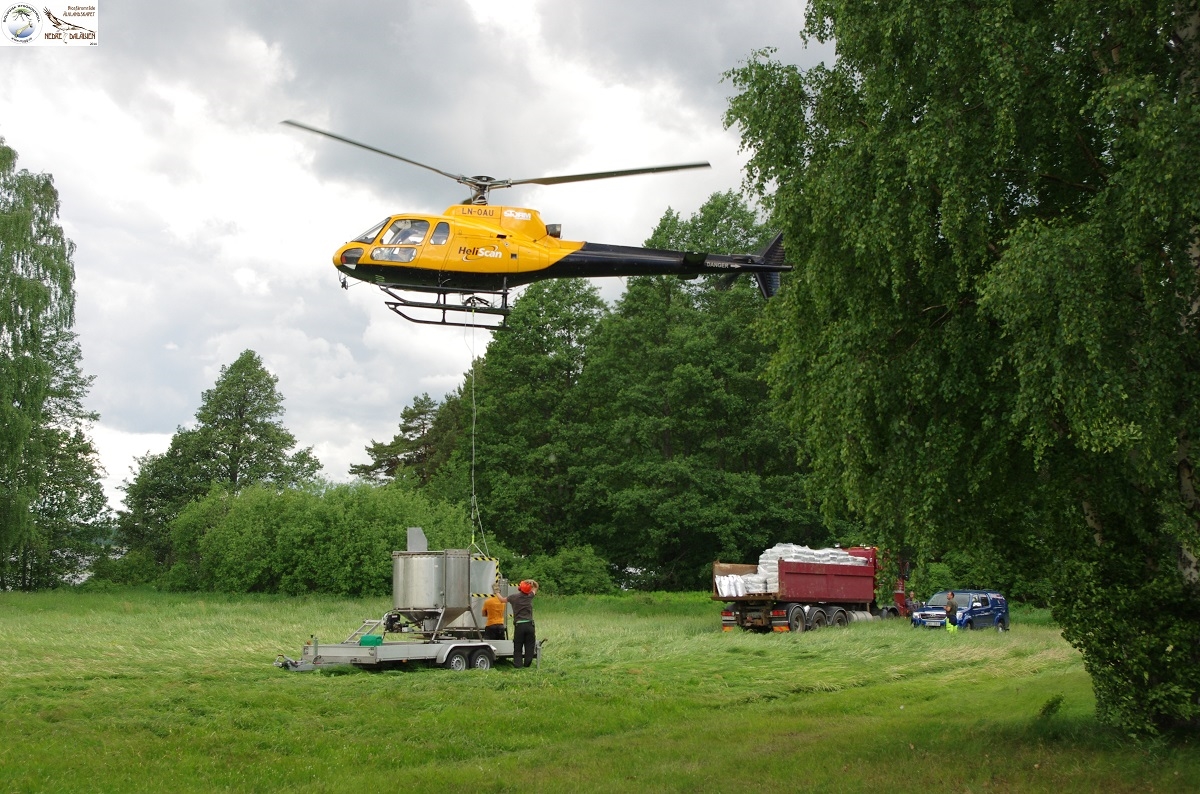 The helicopter on its way to take off with the bucket loaded with VectoBac G.​